SO THEN YOU ARE NO LONGER STRANGERS AND ALIENS, BUT YOU ARE FELLOW CITIZENS WITH THE SAINTS, AND ARE OF GOD’S HOUSEHOLD, HAVING BEEN BUILT UPON THE FOUNDATION OF THE APOSTLES AND PROPHETS, CHRIST JESUS HIMSELF BEING THE CORNERSTONE, IN WHOM THE WHOLE BUILDING, BEING FITTED TOGETHER IS GROWING INTO A HOLY TEMPLE IN THE LORD; IN WHOM YOU ALSO ARE BEING BUILT TOGETHER INTO A DWELLING OF GOD IN THE SPIRIT.
EPHESIANS 2:19-22

In 1992, a group of Dallas, Texas, parents met to discuss the need for a new alternative in education. The families’ educational experiences ranged from home school to private Christian school, as well as traditional public and public charter school. They prayerfully agreed to work together to start a new school, one that incorporated positive aspects from these other models, yet one that had its own special set of distinctives, most importantly active parent involvement. The result was the formation of Grace Preparatory Academy in Arlington, Texas, a parent-led education model that today serves 1st-12th grades.

Grace Prep is a unique private Christian school that utilizes a university-type schedule and a teacher-parent integrated instructional approach while enabling strong ties between parents and their children. This school became the first concrete expression of the new educational model called University-Model® school, in which two proven elements of educational success – the professional classroom instruction of a teacher and the caring at-home mentoring of a parent – are combined into a single, unified college-simulated program.

In response to many inquiries from across the country for information on how their school functioned and how to start one of these schools, Grace Prep began holding summer seminars for those interested in possibly starting a school in their hometown. In 2003 they organized this effort into a separate ministry called the National Association of University-Model® Schools or NAUMS.

During the summer of 2003, one of Cornerstone’s founding members attended the first seminar held by this new organization. Excited and encouraged by what was seen, she began praying for like-minded families who might be interested in starting a UM school on the west side of Cobb County, Georgia. In December of 2003, several families came together with an interest in considering being a part of this new school. By late January of 2004, a group of six families met to form a new school, Cornerstone Preparatory Academy.

Cornerstone Prep is a unique educational model designed to bring together the best attributes of traditional schooling with the best attributes of home schooling and integrate them into one model. The immediate goal is quality, cost-effective, college preparatory education accomplished in a way that gives parents more time for imparting the faith and values they hold precious.

Cornerstone Prep integrates the parents, working one-on-one with their students in partnership with highly qualified professional instructors to gain better academic and spiritual development in each student. Cornerstone Preparatory Academy was officially incorporated on February 4, 2004, with six Founding Families creating the Founding Families Academy Board. The school opened for the first day of classes in August 2004.

The name Cornerstone was chosen based on Ephesians 2:19-22, which describes what the Founding Families pray will be a description of the future of this academy.

It was an exciting day in August 2004 when Cornerstone Preparatory Academy officially opened the doors for the first day of classes at Acworth Church of God Prophecy. God had blessed the efforts of the founding families, and the school began with one classroom of each grade, first grade through eighth grade, and 100 students!

That year, 2004, was just the beginning of the growth that Cornerstone Prep would experience. The second year brought an enrollment of 165, the third year enrollment increased to 215, and every year since we have experienced growth with enrollment capacity now at 600.

Additional grade levels were added, including kindergarten. The school moved to having two or three classes of each grade level. Additional electives and class offerings were added. 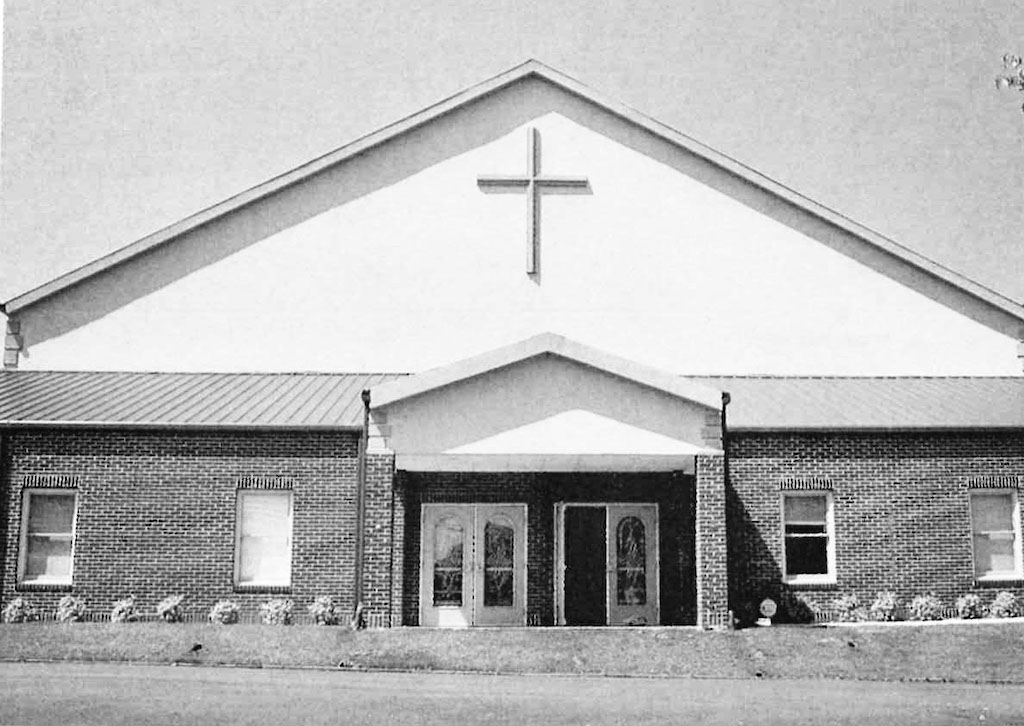 Highlights of Our Time at Acworth Church of God Prophecy

Our second campus “home” was Summit Baptist Church, a much larger facility that allowed us to grow over the next seven years. While at Summit Baptist, the school saw another big milestone: Its first graduating class!

In 2010, Cornerstone Prep graduated its first class with 10 students. Subsequent years brought additional high schoolers with much larger graduating classes, and the secondary school grew even larger than the elementary school. Cornerstone has seen its graduates spread out across the country and even internationally.

As the school board prayed throughout the years, it seemed that God was directing them to one day consider having a campus of our own. The board had been committed to two fiscally responsible actions: to charge what it costs to go to school here and to set aside 10% of our income each year for a future building.

Along with a yearly capital campaign event, the school was financially prepared in 2013-14 to purchase land and hire an architect, and begin dreaming about what our own campus would look like.

Highlights from Our Time at Summit Baptist 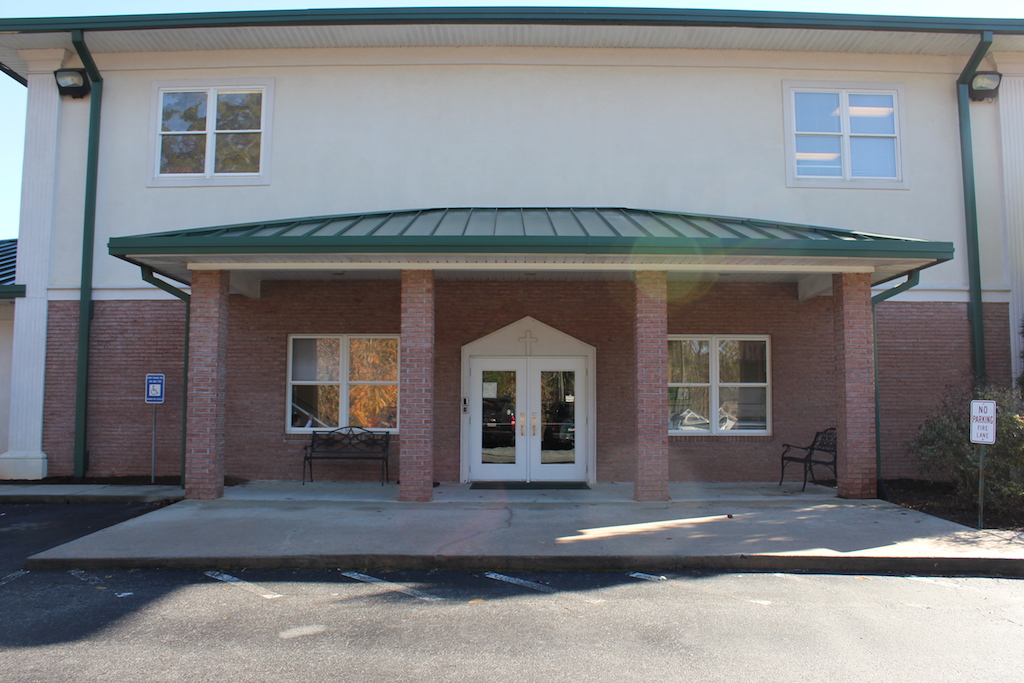 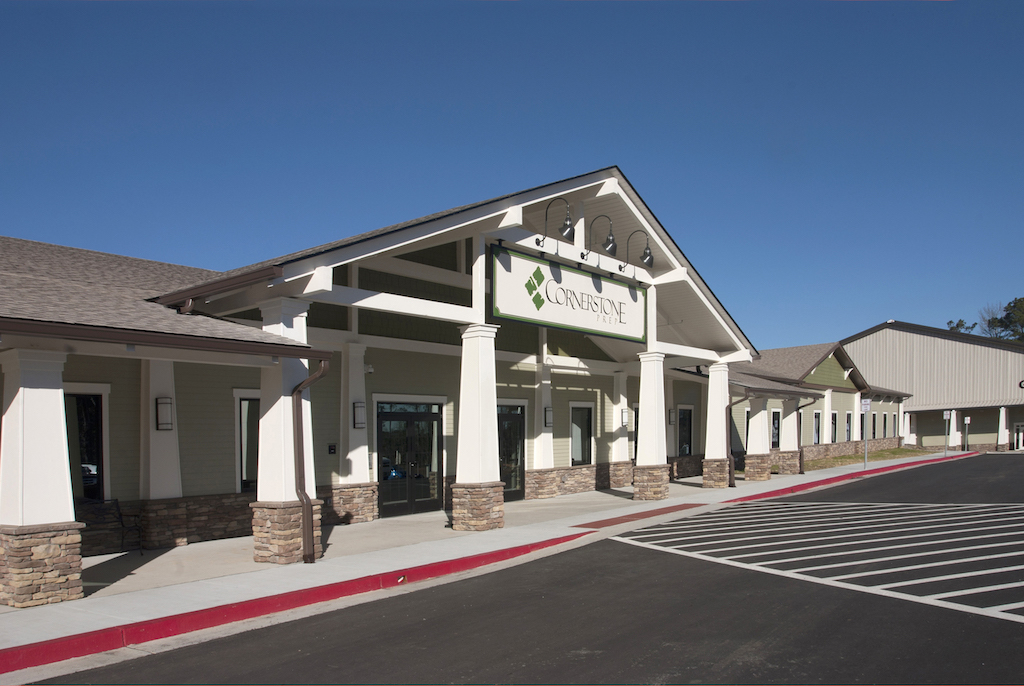 The school purchased 16 acres on Hickory Grove Road, and the planning began. R Design created a campus that looks more like a home than a school, and construction began in 2014-15. The excitement built throughout the process, and in January 2016, we began classes at our new “home!” We’re blessed with a beautiful educational facility, a gym, athletic fields, a playground, and even a greenhouse/garden area.

Reflecting back to 2004, this scripture from Zechariah 4:10 is appropriate to how we began:

Do not despise these small beginnings, for the Lord rejoices to see the work begin.